Who doesn’t dream of becoming an instant millionaire? You might even have some detailed plans for how you’d spend an unexpected windfall if it were to happen. Imagine if a distant relative who’d been rolling in the stuff suddenly passed on and left you as their sole heir. Your dreams could now become a reality! Wouldn’t you do anything to make that happen? 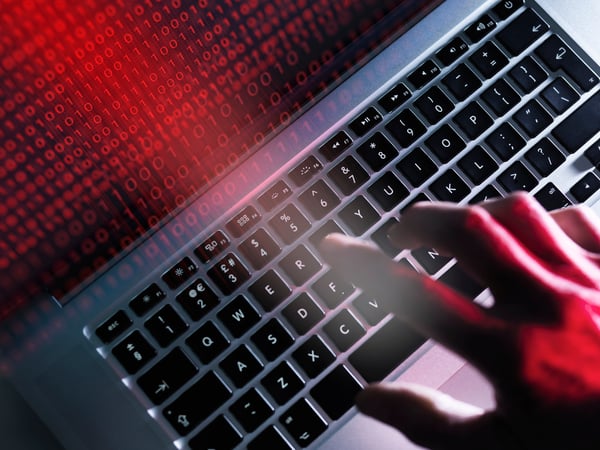 That’s what some underhanded scammers are counting on. Inheritance fraud has been around for a while, but scammers have recently made their ploy even more convincing.

If you’ve been targeted, you’ll receive a long-winded email from a foreign “lawyer” or “bank official” claiming that a long-distant relative of yours has just died intestate, making you the sole heir. You’ll be warned that immediate action is necessary to stop the government from seizing the money.

The letter will then go on to state that your inheritance is difficult to access due to government and bank restrictions, and that you’ll need to pay various fees as well as provide personal details for claiming it.

To make the email appear authentic, it will include identifying documents of the lawyer or bank official, such as a passport, along with legal documents, such as a power of attorney letter for you to sign. The scammer will also provide an overseas address for the bank in which the money is now being held. Recently, scammers have upped their game by using a local address for this step.

Unfortunately, there is no inheritance and the person contacting you is definitely not a lawyer or a bank official. If you respond to the fraudsters, they’ll start charging you various fees, which will gradually increase in size. They’ll remind you that this money will be small change for you once you receive the inheritance. They’ll also claim that all fees must be paid upfront before the inheritance money can be accessed.

Next, the scammers will ask you for your checking account information so they can finally transfer the millions of dollars that are supposedly coming to you. By this time, you may have already lost thousands of dollars to them. If you continue falling for their tricks and provide them with this information, you’ll open yourself to even more loss or identity theft. Of course, once they have this information, you’ll never hear from them again and all you’ll have left from the experience will be a massive loss.

Be on the lookout for these warning signs and protect yourself from becoming the next victim of inheritance fraud:

The email itself is your first clue that something is off. First, a bank official or a lawyer will never contact you via email over a matter of this magnitude. Second, if you take a close look at the wording, you’ll find many typos and grammatical errors. Third, if you’re asked to contact an email address using a public domain such as @yahoo.com or @gmail.com, that’s another alert. Banks and reputable law firms will use their own domains for security purposes.

Is the “lawyer” overly eager to share their personal documents? Is the “bank official” willing to show you account statements from their institution? This is a huge red alert. Nobody, especially a bank official or lawyer, would ever share personal documents with a stranger. Surely they would not do so online or by email.

Never send money, give credit card information or copies of your personal documents to someone you don’t know, and especially not over the internet.

The scammer will always share the name and address of the bank where your supposed inheritance is being kept. You can do a quick Google search on the address provided to check its legitimacy. It will usually turn out to be a bogus address, or at least not an address at which a reputable financial institution exists.

Recently, a scam has been circulating in which the “Royal Bank” of Pittsburgh, Pennsylvania is the bank of choice. The address and bank do officially exist, but a bit of digging will reveal that the Better Business Bureau has rated this institution with an “F” because of its business practices.

Never agree to an overseas payment with a stranger via money order, wire transfer, pre-paid debit card or electronic currency. Once these transactions have been made, it is nearly impossible to recover the funds.

Have you been scammed? If you suspect you’ve fallen victim, remember to contact Azura Credit Union and your credit card companies immediately to minimize the damage. Also, be aware that you are now a likely target of other fraud, because fraudsters commonly share details of their victims.